RiserTec has an extensive track record of previously completed projects with a client base including major Operators, Universities, Consultancies and Drilling Contractors.

RiserTec was contracted to design & develop a mooring device for a Current Turbine system.

The project had the following requirements:

Provided with the above specification RiserTec researched & developed a fully road transportable mooring system & a bespoke turbine attachment device including the following features: 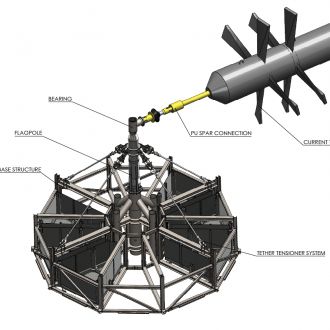 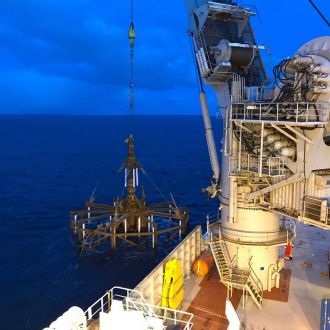 RiserTec pioneered the use of a Polyurethane component for the physical connection of a large scale current turbine device to its mooring structure.

The dynamic loadings on laodings on the Turbine were as follows:

Using our knowledge of the behaviour of PU materials, a connection component was designed & developed in house prior to full scale testing on RiserTec’s purpose built component test bed to full design loads. The finished component measured 3m in length with a 450mm diameter. 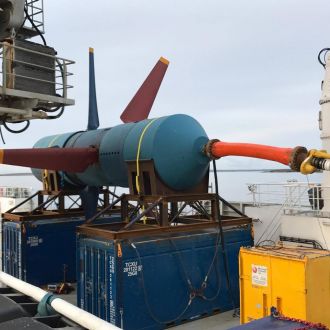 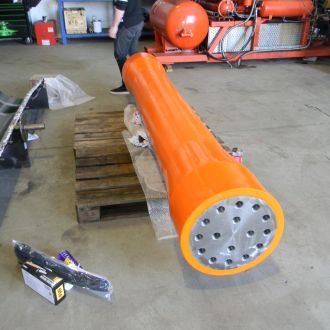 RiserTec was contracted to carry out a FEED design of a Welded Hot Tap Tee onto the existing 36’’ flags line to deliver gas from the Statoil 20’’ Tampen Pipeline.

The final task was to develop the structural design methodology for design & fracture assessment. This included: 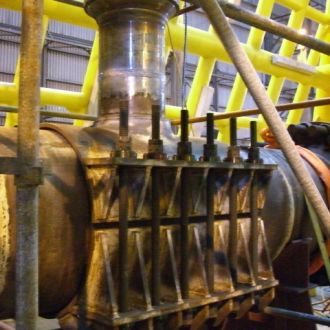 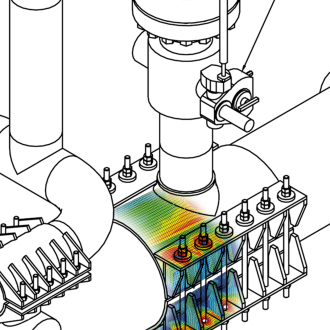 RiserTec was contracted by Petrobras to assist with the development of a Riser System. Situated within the Gulf of Mexico in 2700m of water & with a very high pressure production system the project provided substantial challenges. 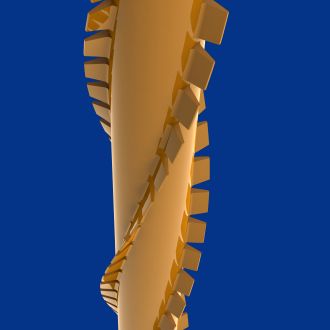 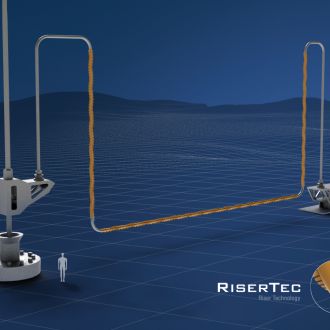 Basic methodology is fairly standard and involves data review and screening of vessel motions to identify worst case motions for different headings over a realistic range of periods.  By adjusting range of laybacks we can determine widest installation window and confirm feasibility of the initiation, lay and lay-down stages.   Based on final agreed values of seastate and layback it is possible to produce lay tables and other output such as curve allowable radii, maximum expected chute and seabed tensions and vessel and seabed object clearances.  In addition optimum vessel setup can be identified for the actual wave and current occurring during the onsite installation.

The purpose of the work is to identify to the client what are the critical aspects of the procedure (risks) and the possible steps available at each stage to take should for example something go wrong with installation equipment or vessel so that the product is not damaged.

RiserTec has carried out original and verification analyses for both Operator and Installation Contractors for both rigid and flexible pipes, cables and umbilical in both the Oil and Gas and Renewables sectors.  If required we can generate the installation procedures and lay tables for initiation and abandonment.

In addition to the lay analyses we can carry out trenching analyses and on-bottom roughness assessment for flexible and rigid flowlines and including where required  UHB assessment for as laid conditions.

The objectives of the independent validation was to:

During the work, RiserTec made extensive use of automated in-house procedures to optimise both riser configuration & associated operating criteria. Further details can be found in the associated Public Domain Report RT-MGL-REP-492-01.

RiserTec specialise in the design or redesign of mooring systems for FPSO and FSO’s type vessels.

Local FEA of the MWA Structure and Details to obtain SCF’s and stress transfer functions.

Examples of previously completed Mooring System Designs can be seen below;

The Arthit TCMS acts as a Gas Compression, Gas Export and Condensate Export FSO.  The riser system has gas import from 8No. 8in Manuli hoses in a modified Lazy-S system and exports through a 8in DeepFlex hose in a Lazy Wave configuration.  The system also incorporates an SSIV umbilical.  This system is also designed for 2 complete turns.  The system operated for 3 years as required and was decommissioned in 2012.

RiserTec worked with Mooring Systems Limited on the Arthit Gas Export FSO Project (Gulf of Thailand) to design a mooring system in accordance with the extreme load and fatigue criteria of API RP2SK.  The design was in 90m water depth for a Tri-catenary Mooring System to moor the Arthit FSO by the bow.  The design utilised a time domain analysis using the vessel QTF’s and wind and drag areas and was certified by DnV but to the API RP 2SK code.

Didon riser system is a single 6in Oil Export Riser System to a 83,000T FSO tanker with tandem offloading.  The system is in 90m of water and has been in continuous operation since 2006 using a Manuli import hose.  The system is modularised and has an emergency disconnect system.

The maximum rotation is two turns based on accepted 9deg per chain link rotation.  The oil export is by Manuli hose from the fixed platform facility.

RiserTec worked with Mooring Systems Limited on the design of a TCMS mooring system for the Westaf tanker (250,000 DWT) for a weather-vaning FSO mooring system.  The design was carried out again using a time domain analysis using the vessel QTF’s, wind and drag areas and the mooring system was certified and approved by DnV to the POSMOOR classification.  In this case this provided a more efficient solution than the API RP2SK analysis methodology.  In addition working with Averon Engineering we provided strengthening drawings to shipyard and fabricated the critical bow attachment sections locally in Scotland and were shipped to Greece for fitment.  The design of the mooring system was later changed from 90m water depth offshore Ghana to 45m water depth offshore Nigeria and the system was “tuned” to maintain the bow modification loads at the original design.  This was achieved by adding clump weights to the moorings adjacent to the central node.  There was considerable interaction with DnV mooring department on this project as was first time we were using revised POSMOOR rules for moorings without any redundancy.